On this page I will be sharing the short stories that I have written for the local writing club. Every two weeks we get a challenge, and then we read out what we have written. These are my entries.

All comments appreciated. I would like to improve my writing, so I welcome comments.

The story must contain these words:

Bang! As I stepped off the ferry into a thicker heat I could see sparks fly like a million fireflies. The cavern glowed with a dull red, and again another crash. Bang! Now it sounded more metallic, and as the light grew suddenly bright again I could see a thousand anvils. The hammers of the smiths rained down in unison. At the head of the cave a horned beast, with cat-like eyes, looked down to see swords being forged. The banging became more insistant. Like a fist on wood.

Realising I was being woken from a dream, I rubbed my eyes, feeling the grit of sleep.

The door opened and in rushed a young boy of 12. It was his first voyage.

“Please sir. Quick, bring your viewing glass. The wind picked up during the night.”

The ship had not moved for a week. Only the barest flapping of the sails as we waiting for the gods to decide. The first few days gave me a chance to review the specimens I had gathered on the last island we visited. We called it Hispaniola. So many new insects, plants and animals. In my journal I recorded them, named them, as I discovered them. In the night we saw all these lights, dancing under the trees. It took time but we captured a few. A most curious insect that tail in daylight looked so dull, but at night. The flow was like fire. As id discoverer I named them fireflies. To keep them alive for the remainder of the voyage will be difficult, but to present them to the queen at night. The court would be in awe.

The euphoria of this visit to Hispaniola, soon disapated. The heat had become oppressive as the vessel languished. The crew were agitated, and random fights happened. The Capitan, legally allowed to be judge and jury on the Santa Caterina, dispensed judgement by locking up the miscreant men. He then cracked open a case of rum, to calm the remainder. Sleeping in an alcohol induced slumber was better than randon brawls.

With my shiny brass scope in hand we climbed the steps to the quarterdeck. Dawn was beconing, and the sails had filled pushing us on our course. The man in the crows nest poited to the port, and we went close to the rail, and I brought the device to my eye. The brightening mist, seemed to be twisting in an arch. Was there a mountain or volcano that was causing this strange shape. Like a whorling vortex in the middle. It could be dangerous.

“Capitan, can see how the mist is bending?”

“Let me see” and he grabbed the glass from me. He raised it to his eye. His other eye squinted, and the corner of his mouth raised. A loud guffaw issued from his hair enclosed mouth.

“You need a better Page. This one isn’t well trained”, and he pointed to the viewpiece and handed it back.

Looking closer I could see a strong fingerprint in the middle of the lens. I had warned him many times to only use a cloth on the glass, a clean cloth, as it scratched so easily. Taking my kerchief, I cleaned it and looked again. The misty swirl was gone replaced by the vague outline of a mountain. As the light grew, and we sailed closer, it became clearer. The wind was picking up, and the sounds from the deck started to grow.

Over night the decks had been cleared as the ship gathered speed. The covers of the long boats had been taken off, rolled, and stowed. The oars were ready. Empty casks for water, and containers for food were also brought back on deck. It was clear that the Capitan during the night had decided to set anchor off shore.

The sun had managed to burn off most of the mist as dawn became mid-morning. My breakfast of wine, dried fruit and stale bread at least filled the ache in my belly. Back on deck I looked towards our new destination again. I now noticed the sea looked rough, large waves crashing. Greater than the swell suggested. Using my seeing glass I could see the mount clearly.

Straining, I tried to make out the features. It seemed flat at the top with clouds like cascading falls flowing down. On the left side, I could see a darkness, pitch black.

The story could be about: The Connemara Railway, The Twelve Bens or Bloomsday.

Rustling myself out of bed after hearing the call, I quickly dressed and raced down the stairs. Holding the worn bannister with my 10-year-old hand I skidded into the porch to see my grandfather, “Pop”, standing at the door. Every morning he would call me down, and we would start the morning pilgrimage. Pointing to the jar of worms on the windowsill, showing my job, and he took the two fishing rods off their hooks.

We made our way to the car, a silver Mercedez, and I sat in the passenger seat, barely able to see the road. Pop secured the rods, and off we raced to church. It was a few miles, but we made it in record time. He loved speed, and this car could reach 100 mph. If Joseph Locke was in the tape player, it knocked off another second. Arriving in a cloud of dust just as the priest turned to the alter. The timing was perfect, and I suspect that he waited until he heard the car to begin his solemn walk.

As usual, the priest completed the service in under 15 minutes. Just enough time to catch our breath. Standing, kneeling and sitting in prayer I would look around to see the usual people. Granny was there too, but she would always travel ten minutes early. She hated being late. Filing up the aisle for communion, I was thinking about the first fish I caught at the Canal Bridge. It was only a week before, and the memory was still fresh. I wondered it I would catch another today.

Mass over we sped back along the route we took and pulled in just beside the old dance hall. A red building, wrapped in corrugated tin that sheltered one of the best maple floors in Connemara. Used now for badminton, dancing shoes were a distant memory. When show bands from Oughterard, and even further away brought in a crowd, chaperoned by the representatives of the Bishop.

Taking my rod out from the back door, and putting on my black Dunlop wellingtons, we walked the old railway track. Overgrown with saplings, ferns and brambles we passed along the sheep track. Pop led the way, as usual, and was about to walk down the embankment that led to the river feeding the lake in front of the shop. We often fished here, and if lucky, would catch a healthy salmon or trout to be served for dinner at 1.

He stopped, and I halted beside him. “See that gap. The train used to pass over that when I was your age.”

He turned and looked at me. “It was a different world then.  Fewer cars and everything happened at a different pace.”

Heading down the embankment he continued telling me about the days of his youth. The train stopped when he was 22 and he remembered taking it when he was a schoolboy. Garbally in Ballinasloe was where he went to secondary school. 6 years of travelling from the station in Recess to Galway and then college. After this he was in Dublin for a short time, again taking the iron road instead of tarmac.

When we arrived at the mouth of the river, looking back towards Clifden, I opened the jam jar full of worms. I had collected them the previous day, using washing soap on a favourable patch of grass. They were big juicy ones I was sure would entice any fish to an early breakfast. Putting them on the hook with my now nimble fingers I got ready to fish. No midges this morning as a small breeze was coming from the West. The lake clicking against the pier, tut-tutting at us trying to take from her bounty.

Pop was using a Toby spinner, and with a flick of his wrist it sailed across to a deep pool. Carefully reeling it in, a little fast, and then slow. Mimicking the prey of our hopeful dinner.

“I felt I was home when we arrived at Oughterard. Jim Egan would get off the train then, and it would be me and my brother. That’s when I learned to play ’25’. In school we used to play in the evening after lights went out.” He still played the game in the bar, always in groups of 7. During this summer holiday I learned so many things. He brought me horse racing in Galway, bingo in Clifden, poker nights beside the fire were some of my firsts. On the road to Maaman I got to drive, feeling on top of the world with my hands on the wheel of this silver Merc.

“The train passed through our back garden. When we passed the lake at Oorid, we got our cases ready. We had to time it. When we saw Bernie Capahoosh’s house we were close. James B. Would open the door of the cabin, and I would have a case in each hand. The trees were the signal, and one, two three both cases flew into the air. If I got it right, they would both land on the flat. A few times I made a hames of it, and the cases opened. After that we tied rope around them too.”

“What happened then?” with eyes wide imagining two brown bags smashing into the ground, clothes strewn all over.

“If we were lucky, someone would be a guest in the hotel where the factory is now. Otherwise we would get off at the station, where the Mark’s live, just beyond the shop.”

The whiskey cork, blackened with soot, started to bob. My hand clenched on the handle, while my finger, resting on the line, felt the tug that signified another chance. Eyes sparkling with excitement, the tip of the rod dipped. Pop looked over. With the practiced ease of someone who had done this a thousand times he brought his spinner in and walked over as he made the hook safe.

“That’s it. Feel the line tighten, and then, when it’s taught, quickly lift the rod.”

My finger danced on the line, cheeks flushed, and I pulled up. Buzzing, I felt the reel strain. Hooked. Now the dance began. Quickly at first, then letting the fish go out a little, learning the art of fishing. Playing. Feeling the rhythm of the game. Hoping this would be another story to tell. The silver glint under the surface was visible, and my prize was within reach. Again I brought it in closer, and suddenly, it lept into the air in a majestic leap, and with a flick of its tail a burst of speed snapped the line.

“You did well. Next time you’ll get him. I can feel it.” As his hand ruffled my hair, we shared another adventure.

This site uses Akismet to reduce spam. Learn how your comment data is processed. 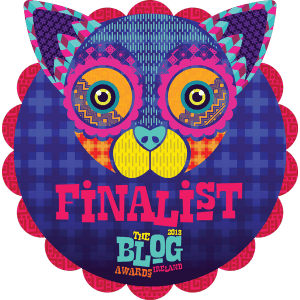 Proud member of the blogging team